Finally kicked-off with a BANG for my future running plans

Today, I was able to run 16.8KM at the Adidas King of the Road 2013 at BGC. It was a very momentous occassion because finally, I was able to run again after so many months of hiatus. Don't get me wrong, I still do fitness stuff but mostly in the gym but this time I want to come back to my real passion which is running. I was able to find a new friend/coach, Bob who commits on helping me achieve that sub-2 21K by the end of this year and hopefully a full marathon in Condura. But those plans are still way ahead, as of now I'll just savour the memory of running strong today with a finish time of unofficially 1:50:++ for the 16KM or well, 17KM as what my Garmin read. 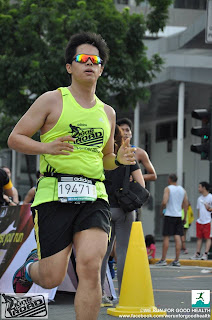 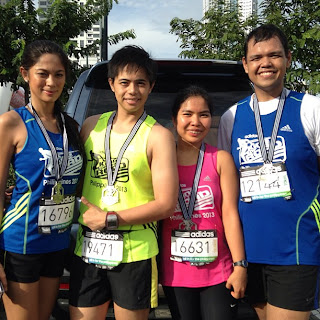 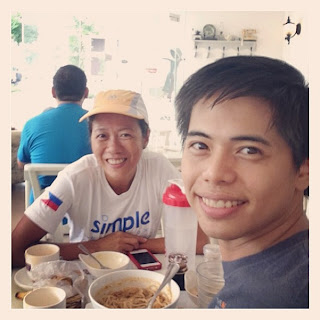 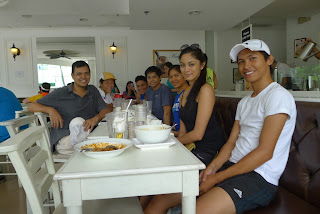 The whole gang at Toastbox, The Fort for some post-race meal.
In photo from right: Lex, Tin, Bob, Jess, Ara and Sly
﻿
Posted by Mark A. Besana at 9:57 PM