2011 has been a long year and the entire duration, I was absent from my blog. Also, I gained a lot of weight because I kept on travelling for work and if my calculations are right, I was out of the country for half of the year! I cannot say that I am complaining but it took a toll on my weight. Coming in to 2011, I was a thinner 173lbs, thanks to the New York Marathon. I got into this weight with not much effort on dieting and at the end of 2011, I was 196lbs! A 23lbs add on. Whoah!

I decided to get thinner in 2012 and joined the gym. I did a spinning-run-core-weight training combination. It also helped that I was exercising alongside some of my friends which made me strive more. One of them is Giselle Angelica Munoz who competed in Binibining Pilipinas 2012 (photo below) who used to be 150lbs and shrunk to 115lbs with much determination and perseverance. I am so proud of her and decided that I will share the same success story she had. She might not have taken home the crown but she left the pageant a much better person; fit and fabulous. 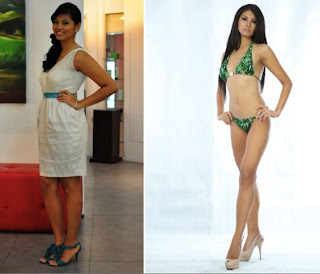 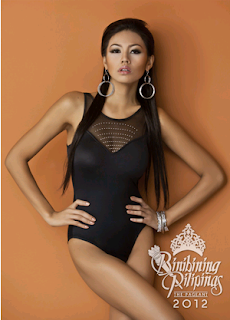 Another inspiration of mine is Lex Librea who used to be (a lot) bigger. To have an idea of who Lex is, watch the video of "Maria Venus Raj: We Love You" in YouTube. My dear friend started with no gym experience and with 6months of gyming and some dieting (pun intended for the Jamaican Patties), he has lost around 50lbs! 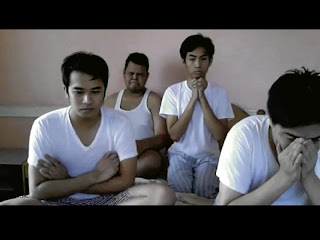 Indeed, 2012 is a weight loss year for my friends. And I am determined to shrink and hopefully look good with my ideal weight. So far, I have lost 25lbs and I shall post photos of me soon! Just wait and see.